The ineffable world of psychological therapies

hen we visit a dentist, a hair transplant specialist, an optician or, up to some degree, a physiotherapist, we can reasonably expect that the procedure to follow would be a series of steps that would be more or less standardised. Of course, there is also much to be said about the various medical specialists. Here is a health care world that offers us an orderly and predictable treatment that has no hidden strings attached.

However, in the world of psychological assistance, bamboo canes can become lances and we immediately accede to the Taifa realm of doctrinal schools. In each consultancy where we decide to explain our full array of problems, we receive a diagnosis, a prognosis and a proposed treatment depending on which professional we consult. Would the same thing happen if we went to a lawyer because we want to sue someone, or because we have previously had a lawsuit against us? It’s not altogether a bad comparison: people resort to therapy because their own lives have been presented with a lawsuit. 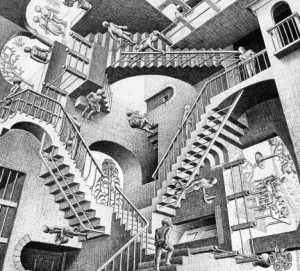 In general, the majority of professional psychologists express great confidence in their own methods of addressing their patients, but having said that, when questioned by other schools of thought, their methods appear less convincing. The panorama of psychological therapies is similar in this sense to the working environment that would have presided over the construction of the Tower of Babel in ancient times. Should we say a Taifa reign? No, we have fallen well short of the mark.

As opposed to the forty more or less kingdoms that came into existence in the Iberian Peninsula during the greatest fragmentation of the Arab world at the time of Al – Andalus, the number of registered psychotherapy schools worldwide well exceeds a hundred. Honestly, the number is impressive. There are more than a hundred schools of clinical psychology and psychotherapy, apart from the most well known by the non-specialist public: psychoanalysis, cognitive behaviour, humanistic psychology and family therapy, to quote only the most famous. The reigns of the Taifas: where each one is in favour of the general concept, but where no one is in agreement with anyone else. Could we use here, the example of the European Community or is it too near to home? Unfortunately, this is the state of contemporary psychology today.

To complicate things even more, some of the viewpoints mentioned previously should be represented as a main sturdy tree-trunk from which primary, secondary and tertiary branches grow, displaying a vast variety of schools and sub-divisions to infinity and beyond. Thus for example, psychoanalysis could be from the Freudian or neo-Freudian school, Adlerian, Jungian, Lacanian or Kleinian; humanistic therapy could also be Rogerian, Gestaltic, in brief or very long; and family therapy would have to be divided, broadly speaking in strategic, structural, narrative and intergenerational….All this of course, without mentioning the constructionism of Kenneth Gergen or authors who are against any kind of psychotherapy through dialogue such as Jeffry Moussaieff… Anyway, we must admit that there are hieroglyphics that are less complicated to decode. 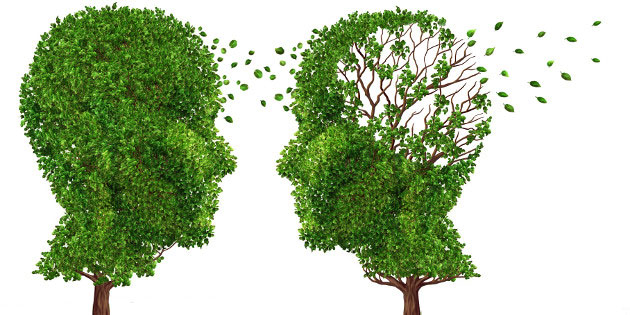 nd so it does seem to be the right moment to put ourselves into the skin of a man or woman of flesh and blood, who for a long time, has been dragging around a varied mixture of anxiety, sadness, confusion, insomnia, insecurity, apart from suffering from erratic sporadic complaints that general practitioners generally disregard as not being physical ailments. How frequently as well, do we hear the specific signs of anguished people (angst, with no way out): ‘It’s as if I had a knot in my throat that won’t let me breathe…’.

The scene is well known to all by heart, so it is not necessary to add any more details. The situation can be summarized like this: One tries to resolve personal problems as best as one knows how, but there comes a point when we realize that we cannot distinguish between the problems and the attempts to resolve them, and every time our efforts get more desperate in trying to find the solutions. What should be done at this point? Where should we go? Who can we talk to? Who can we trust?

It may sound strange, but to have psychological problems is sometimes the first sign of health.

Fortunately, suffering humanises us, it brings us closer to what is specifically human: contact, proximity and complicity. So what can get us out of the stalemate is to resort to common sense: talk with a friend, be honest with a colleague, go for a gut feeling and call a brother or sister or an old friend from school. It may sound strange, but to have psychological problems is sometimes the first sign of health. The reason as to why there are patients in the psychology consultancies is because people, still talk with other people, and also due to the fact that there aren’t many places in the world where one can sit and talk about oneself with someone you can really confide in. So, to deduce from all this by saying that we live in a sick society, is about as evident as declaring that if we use the car excessively, we will breathe contaminated air.

I do not believe that this website will “improve my rating” in the psychotherapy market. I already have a ‘rating’ after having remained seated permanently during more than 10,000 hours, the time normally recognized as qualifying as a veteran in any profession. Nor do I like the word ‘rating’, nor do I liken my profession to a stall in the local food market. Notwithstanding, I would like to try to explain to a person in need of help, what they can expect to find if they go to a consultancy of therapists whose orientation is existential.

The development of existential therapy.

n what way does this form of therapy differentiate from or resemble other forms of psychological help? What final results can you guarantee your patient? What reason should the approach based on Vitalist philosophy be more reliable than others based on positive science or traditional psychoanalysis? What does existential therapy think about the use of psychoactive drugs? What opinion does the existential therapist have about the successive Statistic Manuals of the American Psychiatric Association, the famous DSM? Why is it that existential psychotherapy is so relatively unknown and practised in Spain with respect to other Spanish speaking countries such as Mexico,Chile, Argentina, Uruguay, Brazil or Anglo-Saxon and Central European countries? The existential position claims the right to formulate questions that are difficult to answer, without the pretension of offering an immediate solution. The objective of starting this blog was partly to try to seek answers to some of these issues and of course, to raise new questions.

The therapy procedure is performed from the express alliance between patient and therapist.

Unlike other approaches, when we try to resolve the dilemmas as presented by a specific patient, existential therapy does not use sophisticated techniques nor standard protocols – which are very useful when you are having root canal treatment, but perhaps questionable when dealing with the singularity of human existence. The therapy procedure is carried out according to a mutual agreement between patient and therapist. The first clarifies what has brought him to the consultancy, what goals he hopes to achieve by asking for help and the concrete fears which hinder the achievement of these objectives, while the second strives to clarify if the client has clearly identified their true dilemma, whether their goals are feasible or absurd, and if the concerns presented by the client are a weight around their necks, a pretext or just a pure and plain contradiction.

All the time, during the long process of collaboration, the personal relationship between client and therapist creates an ideal atmosphere to jointly verbalise and analyse the difficulties that arise when trying to find solutions and answers to the defined problems that the therapist has identified as being broachable. In this situation, it is fairly common that the patient experiences an improvement which we could call “placebo type” during the first sessions, from the simple fact of being able to talk with someone without the need to beat about the bush about their own personal discomfort. The only enemy in the process is the extreme anguish that incapacitates and paralyses to such a point that in order to continue with the dialogue, treatment with medication may be required. Conversely, anguish itself is understood as something natural and healthy, it is not something that we should eradicate by force. Anguish, in the words of Kierkegaard, is the dizziness of freedom, and only in very certain specific cases should we interpret it as a “pathological sign” that should be silenced and corrected. In general, the orientation of existential therapy contemplates anguish as a motor that helps to advance the therapeutic process towards achieving unique and specific answers and commitments. When freedom is able to express itself, anguish recedes.

The existential approach represents the epitome of “tailored therapy”

Needless to say, the existential approach represents the epitome of ‘therapy to measure’. With regards to the therapist, there are no stereotyped formulas, generalisations, cliches, platitudes and mandatory instructions to follow. It may sound paradoxical, but genuine respect for the individual –a whole being that cannot be fragmented – is to treat someone as if they were permanently intertwined and immersed in their relationship with their world: Paco, Marta, Alfonso, Lucia (my boss, my wife, my brother, my mother). What we call significant fellow human beings.

However, apart from the patient’s more or less long list of relations and specific contexts during their life, after the first session they have to add the figure of the therapist. This should immediately be reflected as a significant change in the conditions of their lives. Acceptance of the presence of an active conversational partner allows one in fact, from the first instant, to give voice to ones conscience. And this in reality, does not especially mean that you are interested in finding out about the ‘whys’ that so many schools of psychology are obsessed with (why did you do it? why didn’t you say something? why did you shout? why did you refuse to do the school homework? why did you leave? why did you stay?), but, that you only need to answer one question, the question that overwhelms everyone who is endowed with consciousness: Why don’t you dare to be everything that you know you can and ought to be? Or if you prefer: why aren’t you the best man or woman that you are capable of being?

Thus expressed, it may sound abstract and ineffective, but all existential therapists know very well that any person of flesh and blood shudders with excitement at the call of their being… The challenge par excellence: to be who you really are.

When the therapy comes to an end and the objectives set by the patient at the beginning are reviewed one by one, something magical and indescribable spreads through the atmosphere of the consultation. As Gion Condrau says, the disciple of Medard Boss, what a man can do for another man does not finish with words.

‘What a man can do for another man does not finish with words’.