must have been about twelve years old. It was a sunny spring day and if I remember correctly it was a Saturday. I found myself playing marbles with a school friend and neighbour outside in an open area, when suddenly, six or seven older boys turned up looking for trouble. Or maybe, they were simply looking to ‘warm up’ with us before finding real opponents. The case was that with a snap of their fingers, they insisted that we should hand over our marbles immediately. We were surrounded without any possibility of escape, and we instantly realized that we were in a hopeless situation. 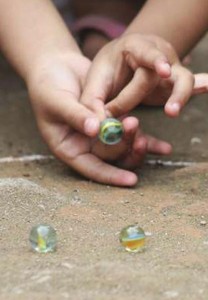 However, at the decisive moment when we had to hand over the marbles, I suddenly said something like, ‘Honestly, I really can’t understand why you intimidate two neighbours from your district by confiscating their little glass balls, it doesn’t demonstrate any sign of appeal or bravery for people of your age’.

The boy who appeared to be the head of the group -frizzy hair, scowling, muscled bully, incredibly older than us– confronted me and asked, after having blurted a number of swear words full of ‘f—ing’ and finishing off with a gob of spit: ‘Repeat what you just said, if you have your……where they’re meant to be’. In spite of his aggressiveness I could detect a certain perplexity in his voice. How could such a small boy dare to question a dangerous bully like him?

Something told me that I had found the winning way to get out of the trance, the magic key that would open all doors.”

Of course, it had been far from my intention to provoke him. But my sense of fear was so uncontrollable that I began to talk like a parrot, a brainless parrot, a smart-arse, at full speed, a willing candidate to become a headless chicken. I was in such a state that I was unable to change my tone. I spilled out the second part of my speech about children’s human rights for playing marbles in the streets. What they were doing to us was –and I could not emphasise the point more- despicable from any point of view.

And the third speech was the winner. Something told me that I had found the winning way to get out of the trance, the magic key that would open all doors. ‘I have no inconvenience in handing over the balls, but let it be known that I totally disagree with the way in which you have acted. It is incredible that someone with such physical strength needs to use such measures to overcome two peaceful citizens like ourselves, by exercising your right of simple majority.’ Just in case, meanwhile, I didn’t let go of the balls. The head of the group burst out with hysterical laughter: ‘This kid is crazy! Nuts, he’s lost the plot!’ he said, pointing at his forehead with the index finger of his right hand, meanwhile threatening me with his fisted left hand. Finally the miracle worked and my face was not man-handled. ‘Let’s go guys! Let’s get out of here! This guy’s off his rocker!’ And they all left in search of more reasonable adversaries, whilst laughing and nudging each other about the strange episode that they had just witnessed.

The vocation of a page or page of a vocation

y vocation was clear early on: although I had still never heard of the word ‘psychotherapy’ as a twelve year old, and long before the episode with the marbles, I had already realized that my contemporaries were as fascinating as unpredictable. Did anyone else, apart from me, have the impression that the whole world was an enormous theatre where people constantly debated about their fears and yearnings, each one interpreting the best role that suited them whereby no one would be able to point out that they were actually impostors, cowards or ignorant?

I had the natural ability to play with words, but I was never particularly good at discovering the practical side of life.

Could it be true, as I intuitively felt deep down inside, that the whole world hid some unspeakable shameful secret? In fact, as a twelve year old, I did not know the significance of the term psychotherapy, but it was quite clear to me that the natural ability I had, which consisted of stringing phrases together, where others could do a hand-stand or were expert yoyo players, must contribute sooner or later, to achieving something useful with my life.

I had the natural ability to play with words, but I was never particularly good at discovering the practical side of life.

Until I had carved out the true shape of my character, I spent my time here and there beating about the bush: I studied medicine, I travelled over four continents with a rucksack on my back, and whilst I could, I worked as an overseas volunteer; I became a literary translator, read and wrote as if it were the last day of all time. Having turned a deaf ear, as is usual in late beginners who are bordering thirty, and not without some resistance, I decided it was time to ‘settle down’. I could no longer pretend to be deaf; the moment had arrived when I had to acquire the appropriate education that would allow me to practise as a mental health expert. 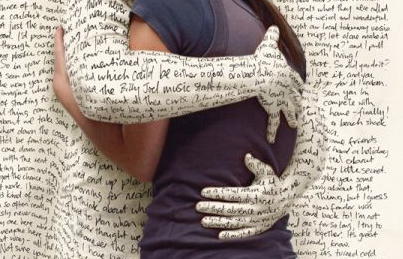 I did a Masters in Medical Psychology at the Hospital Clinico de Madrid and put to one side –up to a certain point- fictional texts, in order to seriously study in depth Psychology, Psychoanalysis, and whatever other discipline that started with the prefix ‘Psycho…’

The soul? The mind? The spirit? The conscience? My daring ambition, without a doubt, was to pretend to earn a living in a field where one could hardly prosper talking freely with fine words, the science of it all and, let’s go straight to the point, the disguised pomposity of the know all. It would be the ideal position in which to impress the gullible. However, I knew from firsthand experience that words are powerful. They have an enormous power. The power to tame the wild beast that we all have inside us.

Despite having strayed various times throughout my life, I believe that –basically- I did not mistake my destiny.

he eruption of new technologies has brought with it a radical change in our daily routines and, without doubt, it has affected the way in which we communicate with each other.

However, in spite of the frenetic technological changes that have taken place in the last two decades, the essential part of human communication has not altered greatly.

Even though many may be scandalised by these words, there is nothing new under the sun when it comes to talking, listening, feeling, relating, sharing and being what is specifically a man and a woman. Like it or not, by definition a human is a sensitive, intelligent, vulnerable being and, basically disconcerted and disconcerting. Even today, this constitutes for me, a passionate challenge in trying to understand them.

the essential part of human communication has not altered greatly.

In what manner has my way of practising psychotherapy changed since the beginning of the nineties of the last century when I inaugurated my first private consultancy in Madrid? If I am to be honest, I would say that my basic instruments remain the same: a biro, clean sheets of paper, a stack –a small stack- of prescriptions and a stack –quite a large stack- of tissues to absorb sadness or anxiety; and lastly, a couple of easy chairs and a shared space which we usually refer to as the ‘therapeutic setting’ area.

After nearly twenty-five years of uninterrupted work, the only thing that has notably altered in the immediate surroundings is the aspect of the individual who sits in the therapist’s easy chair: less hair, more grey hair, a little more experienced in the treatment of human suffering, but with the identical passion for the task. As a priceless boost to my self-esteem, the durability of my consultancy from the very beginning was based on recommendations from previous patients.

For what reason then, have I started this website? I am well aware that the internet space is a magnificent shop window full of offers from clinics and professionals similar to mine. Do I expect to increase the number of clients who visit my consultancy with the objective to increase the size of my practice and maybe even branch out into bordering provinces? To put myself ‘on the map’, as they say around here, in the psychotherapy market? No, that is far from the truth. Notwithstanding, it will be an emotional experience to welcome my first patient who appears in my consultancy merely by having visited my website, but the truth is that the inauguration of this page has a lot more to do with love than with the commercial aspect….

The triple dimension of love

Love the profession: my eagerness to present the theory and practice of existential psychotherapy, analysing it thoroughly from the depths of the entrenchment.

Love for life: my intention in starting a blog is to able to share with possible readers my reflections about life (life itself, death, children, parents, relationship with your partner, health, illness, the emotional world, the different faces of fear, happiness and the weariness of living). 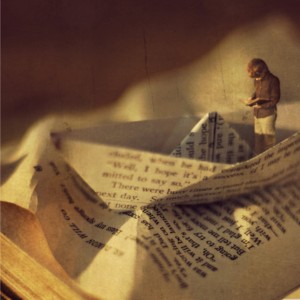 I am not sure if these matters, which at first sight seem to be of little importance, could be interesting for the majority of people, but for me I have been inspired by them from bygone times, and I would like to share them with people of a similar mind. So, on the sly, without raising my voice, and with only one non-negotiable requisite, that of mutual respect –and what the hell, to have a good time!- one could arrange a good soiree. It does not depend on me. I just offer the space.

Love of art: My ambition is to bring to light a series of literary texts born from, as Churchill said, ‘blood, toil, tears and sweat’. During thirty-five years, the process of creation in search of personal style without style, a way of narrating where the figure of the narrator has a tendency to gradually fade away and become invisible. With a Spartan discipline I have written for thirty-five years, and no doubt with very little talent, I established myself by liaising with digital editors where my successive literary works, to which I have referred, appear in these terms: novels, short stories, nouvelles, a trilogy about the relationship between literature and psychotherapy practice, essays about health and illness. I have been well assured, that the cloud (cloud computing) will not be much more toxic after adding all my written works.

So to everyone, male, female and transexual citizens alike, welcome to the website of an existential therapist….

Please, in these times of hysteria, don’t stay out there in the cold. If you are interested in clinical psychology, practical philosophy, human relationships, black humour and toffee apples; if you are more interested behind the scenes of other people’s lives rather than the superficial front where everyone appears to be in great shape, then please proceed and read on with your own eyes…